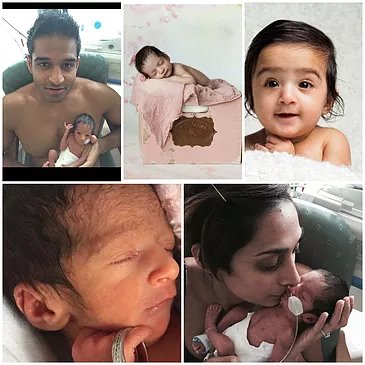 We conceived in 2014 and were told out baby would be due in August 2015. I had an amazing pregnancy with no stresses at all. I had always been petite so when I had a small bump with my first born, Isla, I didn’t think much to it. However at a private 4D scan at 28 weeks I was told there was concerns over the baby’s growth. We then made multiple trips to NTH and the RVI for scans and were told everything was ok, just a small baby. However at 32+4 days, at a routine scan, we were told that the doctors wanted to deliver Isla immediately. There were tears galore, we were both really scared and had googled anything and everything. Isla was delivered by c section and weighed 2lbs 9ozs. Immediately she was taken up to the neonatal unit and it wasnt until 7 hours later that I could see and hold my little baby. She was tiny but a little fighter, she came out kicking and screaming and didn’t need any respiratory support. But as she was a “dot” she placed on the high dependency section of the ward in an incubator. She stayed there for 17 days before she was transferred to the nursery, where she stayed for another 16 days. We were lucky that while Isla was on the unit she didn’t require any supplemental oxygen, intravenous antibiotics or any other treatment, unlike some of the babies and was discharged when she was 3lbs 15ozs. However, those 33 days were still difficult. My husband used to take me to the hospital at 7.30 am and he would change and hold her and then go to work. For nearly 30 of those days I sat with her until he returned at 7pm and we would both go home around 10pm. The days were long and tiring and hard, but the staff on the ward were amazing. From keeping you updated with your babies progress, to providing support with breastfeeding and looking after your baby; to just being there when you needed a shoulder to cry on, or someone to talk to to pass away the hours. The words of encouragement, the laughs and the stories that were told to help you, were priceless. Not only were the nursing staff great, the doctors were always on hand to answer questions, reassure you and advice you. Without the fantastic team on the neonatal unit at NTH those 33 days would have been so much more difficult. My husband and I can not thank the staff enough for all they have done for our family, and continue to do with the follow up care. Yes we had a premature baby and yes it was difficult and yes the memories are painful, but thanks to the staff, we have a beautiful baby girl and we wouldn’t change her for the World.